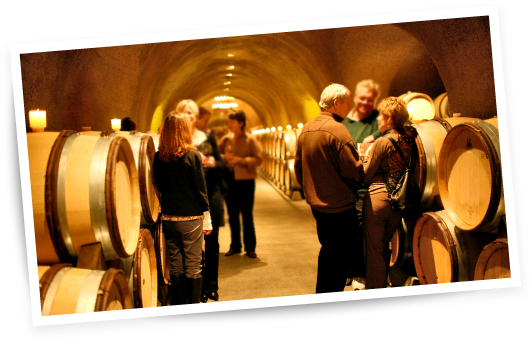 When John Benson built Far Niente in 1885, it was evident by the stone archway in the west wall of the cellar that wine caves were to be chiseled into the solid rock. Unfortunately, as a result of Mr. Benson’s death and the forced closure brought on by Prohibition, these caves never materialized.

It was in 1980 that Alf Burtleson was hired to dig a small 60-foot wine cave in the hill behind the winery. The Far Niente Napa Valley wine caves would become the first to be constructed in North America since the turn of the century, spawning a new industry in California wine country.

Almost ten years after the first excavation and accompanied by Alf’s expertise, the winery undertook the adventurous project of expanding the wine caves to 15,060 square feet. At the time, Alf and a four-man crew utilized a 22-foot long electric and hydraulic drill used in England for digging coal mines, and completed the shotcrete-lined caves in 1991. A second phase, adjoining an additional 13,000 square feet were added in 1995, and a third phase, bringing the total cave area to 40,000 square feet, was completed in 2001.

“Caves have qualities beneficial to wine aging that are impossible to capture in an above-ground building.” — Dirk Hampson, Director of Winemaking Emeritus 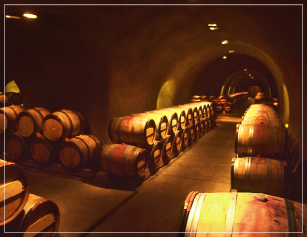 “Caves have qualities beneficial to wine aging that are impossible to capture in an above-ground building,” says Dirk Hampson, Director of Winemaking Emeritus at Far Niente. Much attention and concern have been devoted to the aesthetics in the integral design of the caves, which consist of recessed lighting, back-lit niches, a large octagonal wine library, and a number of 45-degree tunnels. 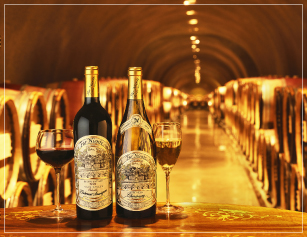 In addition to the wonders of aging wine in beautiful surroundings, much can be attributed to the practical benefits of storing and aging wine underground. A constant temperature of 58-60 degrees Fahrenheit, accompanied by natural humidity, contribute to low evaporation in a consistent environment. Far Niente’s caves currently house approximately 2,500 French oak barrels.